Ocean & Climate Village is the first travelling exhibition of the Decennio del Mare for sustainable development focusing on ocean and climate, coordinated by IOC-UNESCO. The exhibition was inaugurated at Triennale di Milano on the occasion of the Pre-COP26 Summit. I have created six illustrations/infographics for Area 4 on Ocean & Food, which is the critical topic of one of the eight areas of the exhibition.

This exhibition area wants to push us to reflect on how we are treating the seas and oceans for food resources. The truth is that, unfortunately, there are currently many people who are exploiting these environments without caring to respect the balance of their ecosystems. By now, there is a widespread idea that it is normal to think of the relationship between humans and the ocean as a relationship between consumers and the supermarket. With my illustrations, I would like to suggest another point of view: the relationship between us and the ocean as a relationship of love between a daughter and her mother. That is why I chose a little girl as the protagonist of my illustrations, symbolizing an ethical way of loving and treating the sea. The sea, on the other hand, I represented as a great mother’s spirit. The well-being of the ocean depends on the well-being of all forms of life that live in the sea. It is up to us to choose whether to continue to exploit the sea and the ocean callously or to begin to love and respect it just as we would our mother. 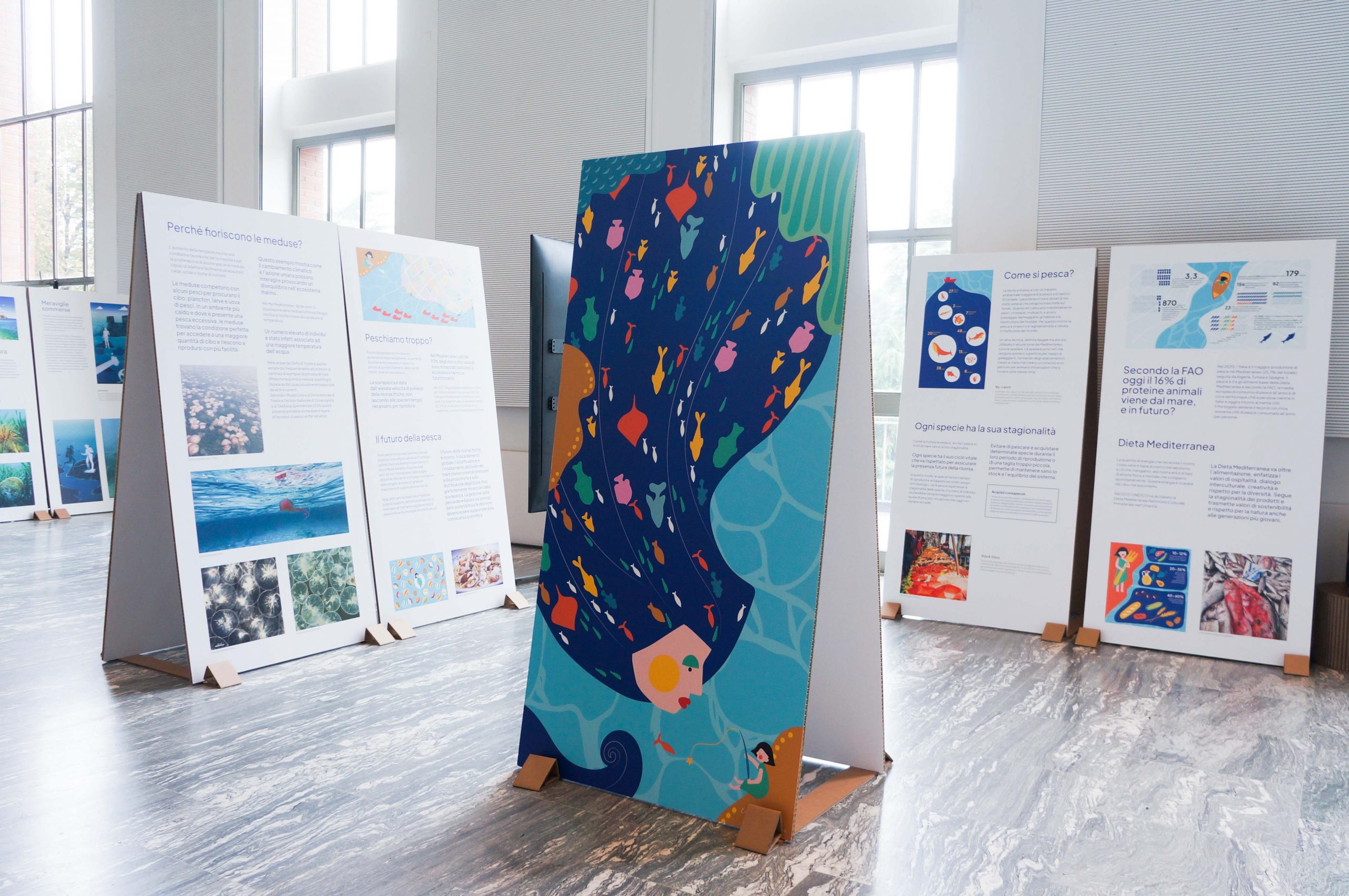 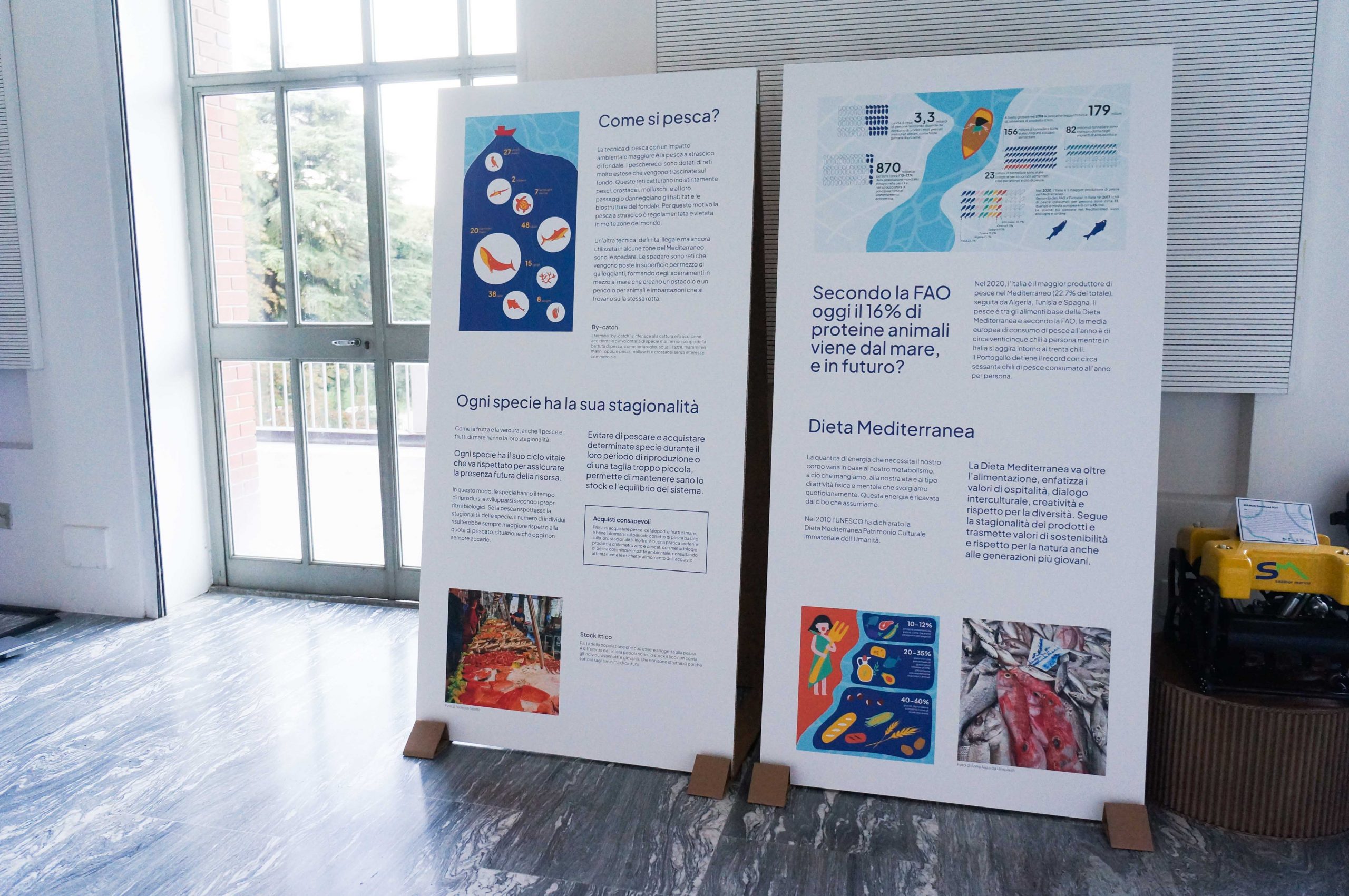 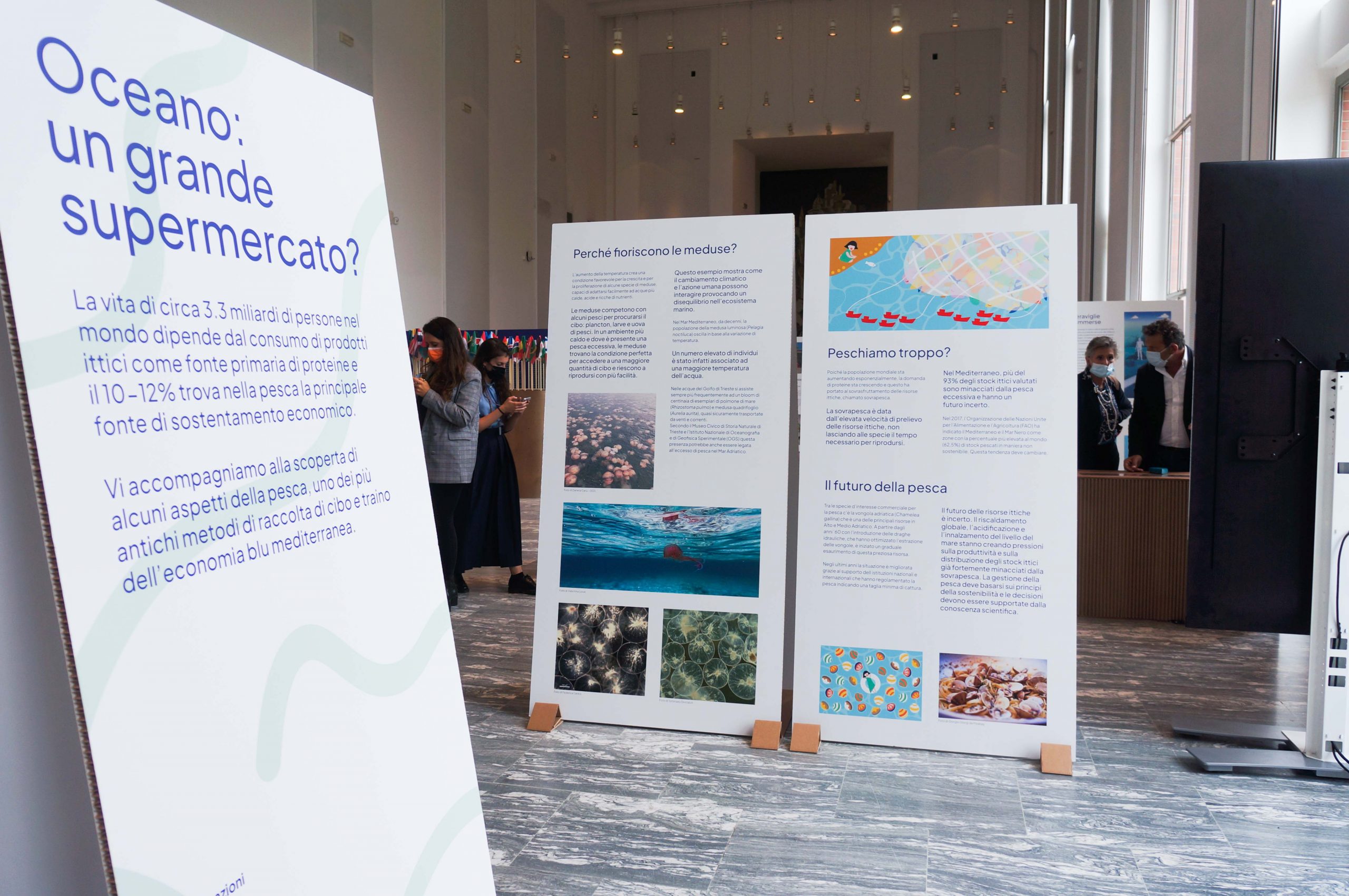 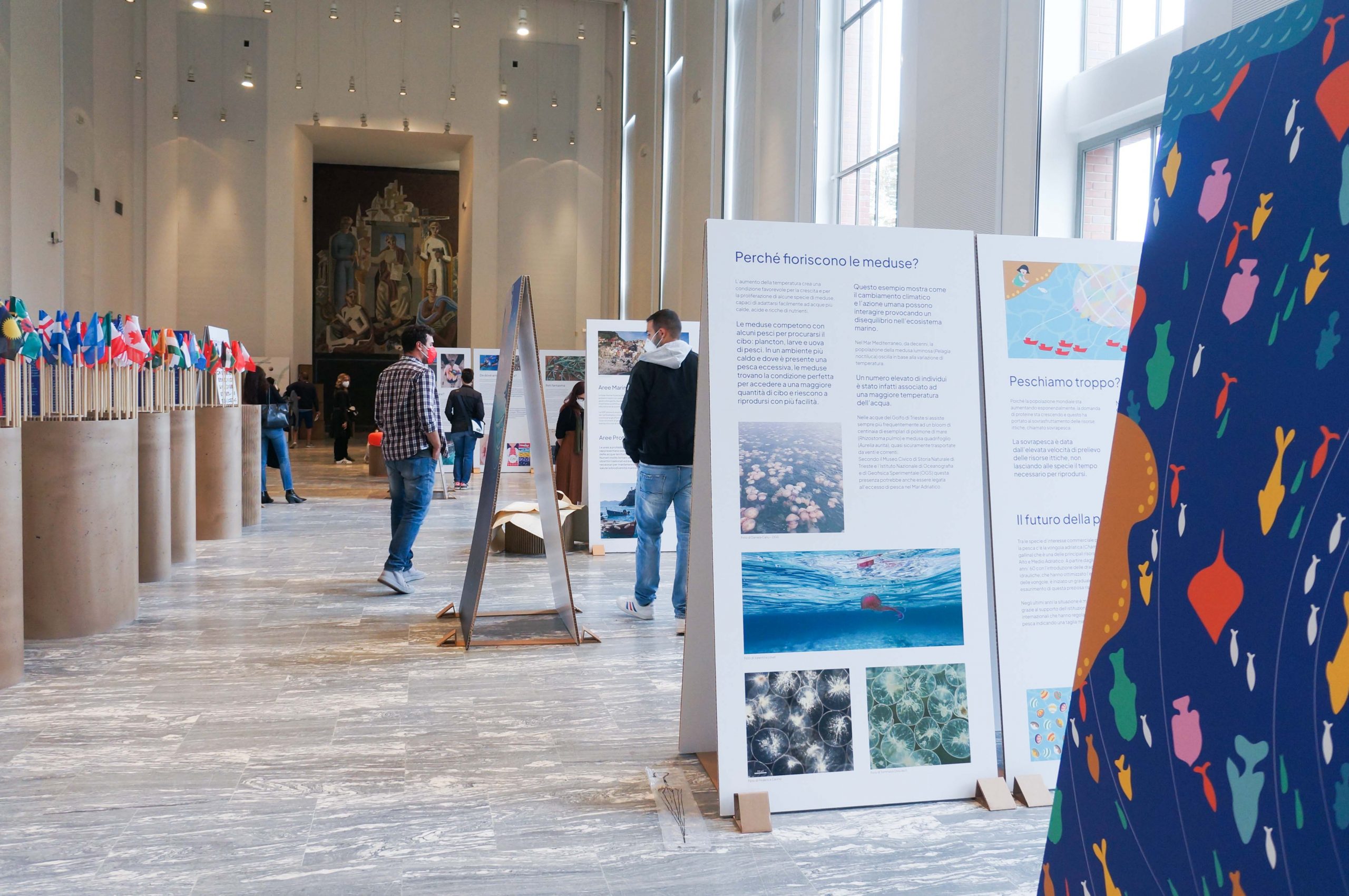 This illustration is the opening image of the illustration series related to the theme “ocean and food”, which aims to make people think about how humans are treating the seas and oceans to obtain food resources. By now, there is a widespread idea of considering the relationship between humans and the ocean as a relationship between consumers and the supermarket. However, the illustrator wants to suggest another point of view: the relationship between us and the ocean as a relationship of love between a daughter and her mother. The little girl’s figure symbolizes an ethical way of loving and treating the ocean. On the other hand, the ocean is represented as a great mother’s spirit. Only by foregrounding the original emotional bond between us and the significant entities of nature is it possible to scale back in our consciousness the importance of the logic of profit and re-evaluate the importance of preserving the well-being of ecosystems.

This illustration provides a backdrop for a set of data related to the fishing industry. The key element is represented by two giant fishing nets controlled by a little girl, who symbolizes the power of humans to obtain food resources from the seas and oceans. As the image clearly shows, the fate of millions upon millions of aquatic life is literally in our hands, so it is also our great responsibility to make appropriate decisions about where, how, how much, and how often to fish.

This illustration accompanies some data regarding the values of the Mediterranean Diet, within which fish products occupy a place of particular importance. In this image, the child’s gaze invites us to pay attention to the data on nutritional values. The little girl symbolically holds a fork in her hands while looking at the food to suggest the importance of having respect for food and being aware of its origin and nutritional properties.

This illustration relates to the topic of “bycatch” fishing, which is the incidental capture and/or killing of marine species that, while not part of the actual fishing targets, often end up trapped in large fishing vessel nets. This illustration helps to understand a sad truth: the bigger the fishery, the less accurate it is. Unfortunately, many of today’s fishing systems still do not entirely avoid this type of bycatch. Paying the highest price are the life forms visible in the image, represented within white circles, as if to emphasize their aura of innocent beings, prisoners of human laws, and practices that have very little of human.

This illustration highlights the seriousness of the problem of overfishing. To emphasize the dramatic condition of marine life forms, in this case, the fish, they have been given an emotional expression similar to that of humans, also allowing the viewer to better empathize with the idea of being prisoners condemned to death. The illustration also powerfully evokes the urgency of a clear position, by all, regarding the choice of how to consider the relationship between humans and marine ecosystems: an ethical relationship, such as the one symbolized by the little girl, based on feelings of love and respect towards nature and its fragile balances, or a relationship such as the one represented by the small fleets of red fishing boats, based only on the cynical exploitation of resources for economic interests, heedless of the damages resulting from the imbalance of marine ecosystems, as well as passive towards the problem of the current great waste of fish products, in extreme overabundance compared to actual needs.

This illustration allows us to focus on a specific fish product that is important in the contemporary reality of fishing in the Adriatic Sea area, namely the Adriatic clam. Since the 1960s, gradual depletion of this precious resource had begun. In recent years, however, the situation has improved thanks to the support of national and international institutions, which have regulated fishing by indicating a minimum catch size. As this is a virtuous example of defense of marine ecosystems, this final illustration is characterized by a scene that evokes positivity and tranquility: a little girl is resting immersed in a relaxing marine atmosphere, in the pleasant company of a multitude of clams, colorful and bright, as if they were real jewels of the sea, gifts to be accepted with gratitude without greed. The position of the little girl, lying serenely among the waves, pushes the viewer to let go of the imagination, dreaming of an ideal of harmonious coexistence between humans and nature, with the hope that it can soon become a reality all over the world.